First, the introduction of garnet

Garnet, a kind of colored gemstone in ancient China called the Raven Umbrella or the Ziyawu, and the tourmaline, Jinshui Bodhi, Hailanbao and Topa. It is a group of minerals that have been used as gems and abrasives in the Bronze Age. Garnet English is translated from "Punicagranatum" ("pomegranate", pomegranate), a plant with red seeds that is similar in shape, size and color to some garnet crystals. 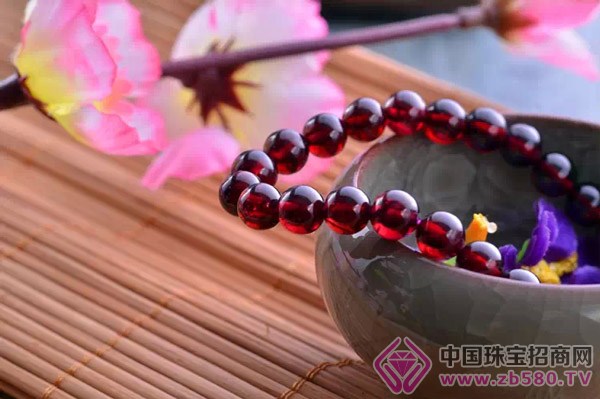 Crystallization characteristics: The garnet family belongs to the equiaxed gemstone. In the crystal structure, it belongs to the island silicate. The common crystal form is rhombohedral dodecahedron, tetragonal octahedron and polymorphic shape, and the crystal face can be seen as growth pattern. 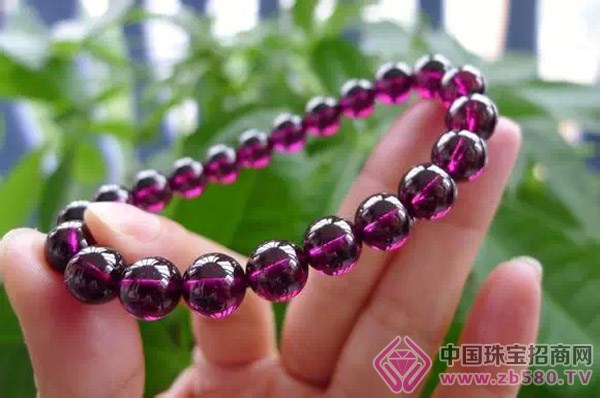 1. The chemical composition of garnet can be divided into six types. 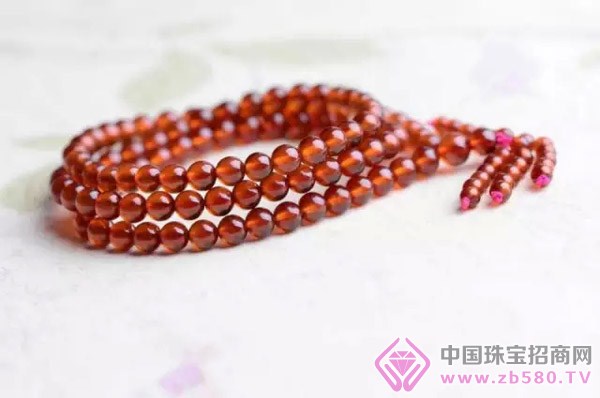 2, the color classification commonly used in the market

This color method is mainly used on the garnet bracelet. The merchant divides them into brown black, maroon, deep red, wine red, rose red, purple, and deep purple. Among them, wine red and rose red are the most. Common, and purple, is a variety of rare and expensive products on the market.

In the Chinese jewelry industry, the name of the garnet is "purple teeth". "Yuwu (Yu Gu)" is derived from the Arabic Yakut (gemstone), and the garnet is often purple-red, so it is called purple tooth. Here, we must make a special point. The garnet in the market and the so-called purple-colored garnet on Taobao is a wrong saying. Purple tooth is just the craft name of garnet. According to the grammar (Arabic Yakut) Purple tooth is the name of garnet and is a noun. 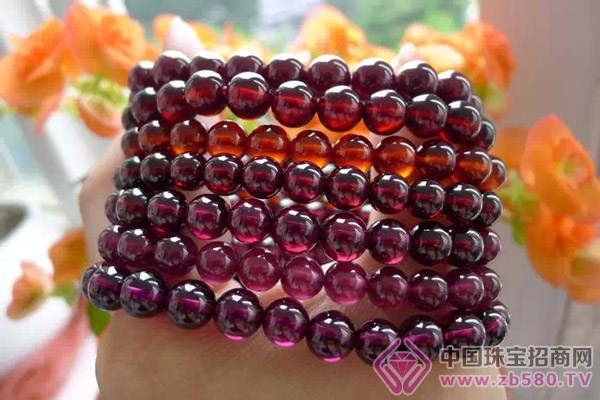 3, the crystal classification is brief

Many gradings on Taobao are problematic. According to the classification above the wholesale market, it is from the worst C to B and then to A. This time it is mainly about the classification of A-grade crystal and garnet. Friends in the East China Sea and Tsuen Wan should know that the most stringent white crystal ball is an example: in the East China Sea, there are crystal balls with obvious ç‘•ç–µ fracture surface, which can only be classified into A grade, while AA grade is very rare. One or a little of the ç‘•ç–µ can only be assigned to the AA level, and the highest level in the crystal is AAA. The so-called three A, that is, the crystal clarity is A, the processing cut is A, and the color gloss is A. Therefore, it is commonly called three A, so the average crystal and garnet can only be rated to three A. As for the business that said their own things 5 â€‹â€‹A, 7 A, 10 A, only that these businesses understand the crystal is just a cloud, or misleading consumption. 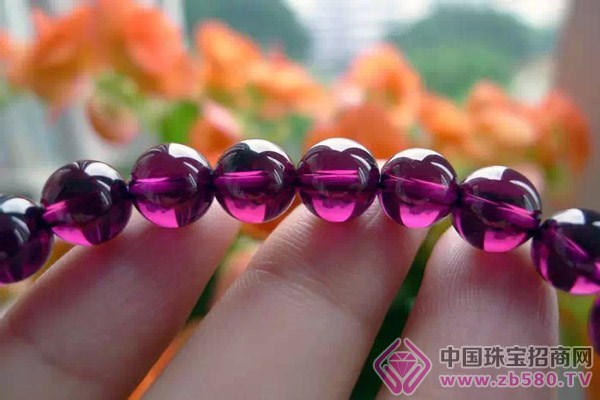 2. The iron-aluminum garnet is formed in metamorphic rocks and sand mines such as mica schist and hornblende gneiss. The producing areas are Sri Lanka, Brazil, Madagascar, India and other countries.

3. Calcium aluminum garnet is a product of skarn, but it has also been found in the alteration zone of serpentine and gabbro, such as Kenya, Bakis, the former Soviet Union and China.

4. Manganese garnet is produced in pegmatite, and some metamorphic rocks also appear.

5. Gem-grade manganese-aluminum garnet is produced in Myanmar, Sri Lanka, Brazil and other countries.

6. Calcium garnet is a product of the action of aerothermal aqueous solution and calcium-containing ultrabasic rocks, both found in the former Soviet Union and the United States.

7. Calcium iron garnet is a product of schist and metamorphic limestone belts. It is brown and green. The garnet and garnet are produced in serpentinite. The black garnet is produced in alkaline igneous rocks and is produced in the former Soviet Union and the Congo. Out. 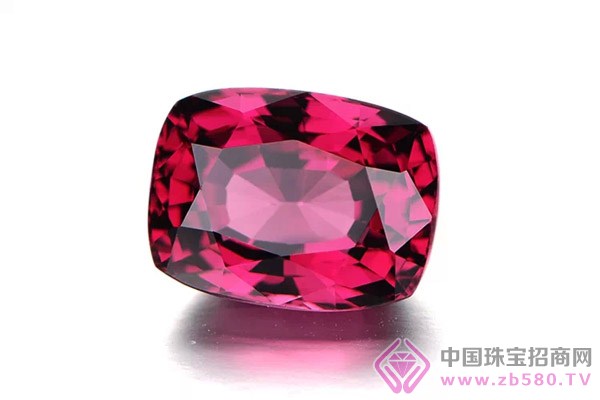 It is said that when Goeâ€™s lover, Ululu, was on a date, he often wore red garnets that had been handed down from generation to generation. This string of gems is now in the Bohemian Museum. When she was only 19 years old when she first saw Goethe, she fell in love with him deeply. Because of the age difference between the two, her love was opposed by the family. But this stubborn girl loves Goethe, just like the garnet she has in her family. Every time she meets with Goethe, she wears garnet because she believes in the legend of garnet: the message of love between lovers. She wants the garnet to witness her loyal love.

It is said that garnet is one of the twelve gems of the colorful chest pocket (Hoshen) worn by Aaron, the first high priest of the ancient Israel, representing the Tribe of Judah. In Greek mythology, Hades gave her pomegranate seeds when she returned to Persephone, so she had to return to the underworld for a certain period of time. Therefore, garnet represents loyalty, truth and firmness. There are also garnets that illuminate the fourth heaven in the Qur'an. Maintenance: It needs to be immersed in the salt water for 1 day after filtering for a short time. If you pray that you will use your defensive to declare your wishes and put them on your feet, you will have a strange phenomenon of roots when you use them for a long time.

For a long time, when it comes to garnet, people think of fire. People believe that she has the ability to illuminate the night. In Muslim religions, people believe that garnets can illuminate heaven. Ancient Norwegians and Scandinavians were always buried with garnets, and they believed that the stone would illuminate their way to the Valhana Temple. The palace of the Abyssinian king is also covered with garnet. The Crusaders put the garnet on their armor, and believe that the protective power of the gems will protect them safely. In the Middle Ages, it was widely believed that garnets had the mysterious power to eliminate disasters, enhance human vitality, and loyalty, so they were widely used by the knights. From the Princess of Abyssinia to Queen Marie Antoinette of France (Queen Louis XVI), their robes are filled with garnets, because people have always used her as a symbol of women's beauty since ancient times. 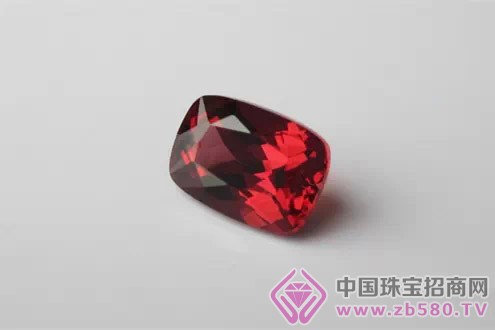 Six, the efficacy of garnet

1. It helps to improve a series of problems in the blood, promote blood circulation, increase vitality, and then can take the effect of beauty and beauty, so it is loved by ladies.

2, has a strong regenerative effect, can improve the reproductive system, and also has a certain effect on wound healing after injury. 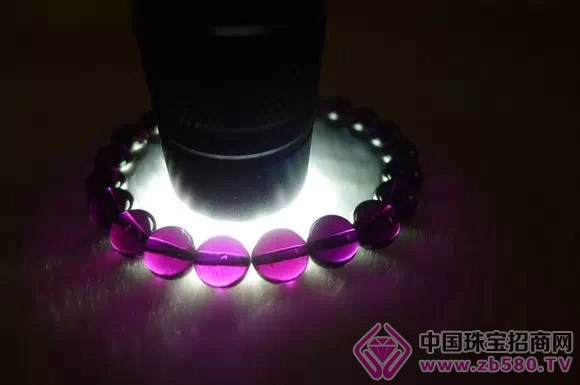 Seven, the role of garnet

1. The biological role of garnet:

(2) Helping to restore physical strength For those who often stay up late, work overtime and day and night fatigue, they can actively recover their strength. 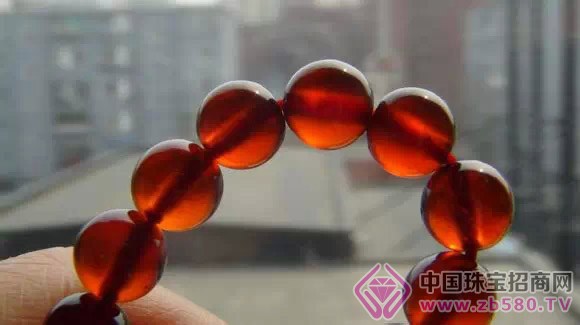 2. The psychological role of garnet:

It can make people have irresistible charm, attract happiness and eternal love, increase self-confidence, fight against sorrow, strengthen people's vitality and affinity, and long-term wear, will also reduce people's inferiority, make people more confident, melancholy Less and less mood, quick thinking and inspiration. Help people face the traumatic memories of the past, and use another angle to interpret understanding and achieve a calm and joyful situation. Avoid evil and phlegm, and become a body-protecting stone that is not invaded by external forces. 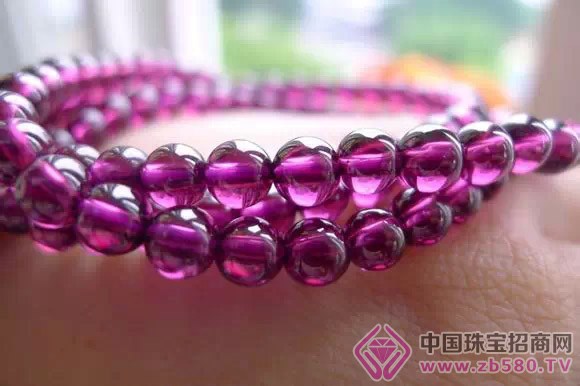 3. The role of garnet industry:

(4) Grinding of marble, Optical Lens, glassware, leather and other materials. 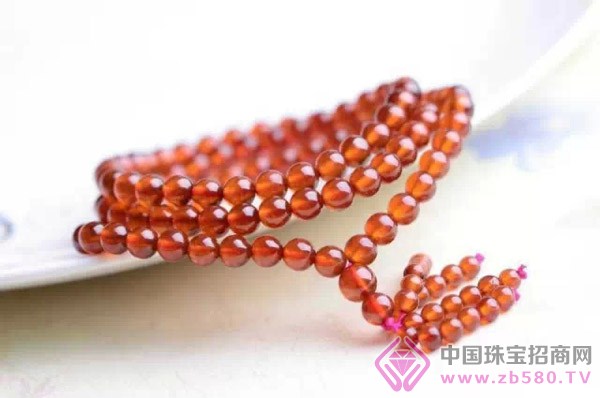 Eight, the identification method of garnet

As a general appreciator or customer, there is no need to determine the specific species of garnet. Just know that they are indeed garnets. There are not many gems similar to garnets on the market, mainly ruby, red zircon, and sharp. Spar, synthetic yttrium aluminum garnet, yttrium gallium garnet and glass imitation.

The method of distinguishing is: ruby â€‹â€‹and red zircon have dichroism, red zircon also has strong double shadow, and garnet is unique, so it is easy to distinguish from pomegranate; spinel is generally lighter in color, detailed identification Use the instrument. Natural garnets of various colors have some enamel or crystalline inclusions (such as needle-shaped gold stone, some gas-liquid two-phase inclusions, etc.), while Y, A, G, G, G, G and glass are often very clean, or have a round Spherical crumb-like bubbles. In fact, for certain garnets, it can also have its own unique characteristics, such as garnet (green variant of calcium iron garnet) often has a "horsetail" fiber inclusion, which can be seen at a glance see. 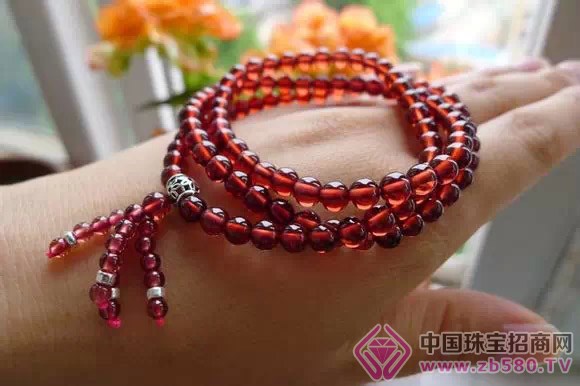 The garnet identification method can also start from the following four points:

1, the color of the garnet is wine red, the crystal is transparent, through the light, less impurities, the gloss is very good, if the price is very attractive, leisurely, problematic.

2, look at the cotton wool impurities, garnet is easy to have black spots, ice cracks, if not careful.

3, garnet is heavier than the general crystal, take it under the hand, if it is lighter than the powder crystal, be sure to be alert. 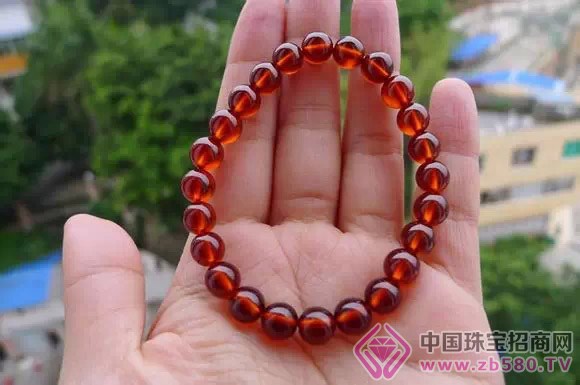 Garnet has been worn for a long time, and it is easy to attract negative energy. Therefore, it is also necessary to purify the garnet. Some people also call it the degaussing method, which can restore the original magnetic field. Generally speaking, the purification time is about once a month, and when the garnet feels sticky, it is necessary to quickly purify it.

Daylight purification method: direct sunlight, preferably in the morning to around noon, the sun is most appropriate, about 2 hours, if you accidentally exceed the time does not matter, but must be recovered before sunset.

Moonlight purification method: I heard that it is better to use the full moon when the sun is better (using the day and month of the cation degaussing method is best, both degaussing and energy enhancement).

Mineral water soaking method: buy a bottle of new mineral water, then take a glass porcelain bowl, put the crystal into the cup and pour the mineral water for 24 hours. Can balance the negative energy of the spar.

The defensive salt dipping method: put the spar into a cup, according to each bracelet 10 grams of defensive salt, calculated with 500 ml of mineral water, soak for 24 hours, rinse with mineral water or pure water after soaking Drying, you can dissolve the magnetic field around the spar, you can demagnetize multiple pieces of crystal at the same time, then add more salt and mineral water. Note that the salt here is said to be the Japanese salt, the non-general salt, and the salt is not corrosive to metals and crystals, and does not change the nature of the crystal. Obsidian recommends the use of defensive salt degaussing.