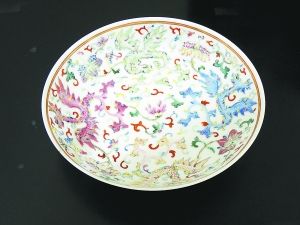 Kilns are a relatively broad concept. The porcelain kilns that have been set up by the imperial court in the past are called â€œguan kilnâ€ and the porcelain produced is called â€œguan kiln porcelainâ€. The "Kan Kiln Porcelain" is divided into two categories: the narrow sense refers to the monopoly of the court, and the special kiln burns; in the broad sense, the court sets the standard and is not limited by the kiln, that is, the kiln can be burned, and finally the court Send a person to accept and accept according to the unified standard, the qualified person purchases in a unified way, also call Guan Kiln porcelain.

In the history of Chinese ceramics, "guan kiln" and "guan dynasty porcelain" are two completely different concepts. Guan kiln porcelain is a crossover rather than a coincidence. â€œGuan Ciâ€ is a specific appellation, referring specifically to the porcelain wares made in the official kiln set up by Shuliang during the Song Dynasty, and during the years between the Song Dynasty and the Qing Dynasty. The glaze of the celadon is crystal clear, cracked or ice flakes, and the iron foot is the characteristic . The official kiln and enamel porcelain, brother porcelain, Song enamel porcelain, and porcelain dynasty are collectively referred to as China's five famous porcelains.

Guan Kiln Porcelain is mainly used by the bureaucrats and has a relatively low requirement for form. It is limited to topics other than the â€œritual systemâ€ such as the mythology of flowers, birds, and fish, and sometimes the royal family purchases the play as â€œfunâ€, but it is mostly used by officials and wealthy businessmen. . This type of porcelain, generally purchased by the House of Representatives, has a special supervision officer in Jingdezhen, which has been burned for many years.