The concept of business leisure has developed in recent years and has begun to root in the hearts of Chinese elites. There is no lack of big-name entrepreneurs have begun to give up the dress of a daily suit.

The concept of business leisure has developed in recent years and has begun to root in the hearts of Chinese elites. There is no lack of big-name entrepreneurs have begun to give up the dress of a daily suit.

Many of these netizens put forward the question of â€œWhat is the route taken by Da V,â€ and it is basically pointed out that TIMEABLE clothing embodies a distinctive style.

Clothing has long since stepped out of the period of cover, and has emerged from a period of aesthetics, such as good-looking, and it has become an important choice for men of mature social elites. It is the development of this demand that TIMEABLE, which has just opened recently, immediately triggered the attention of Weibo people. 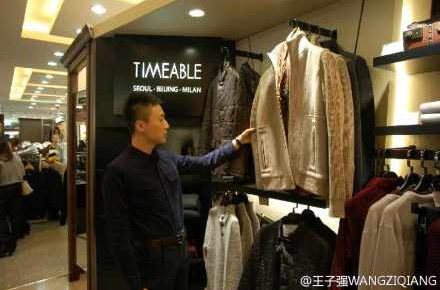 Wang Ziqiang gave a high rating on TIMEABLE's product selection, design, store layout and services. As a person in the fashion field, Wang's evaluation attracted the recognition of his close friends. 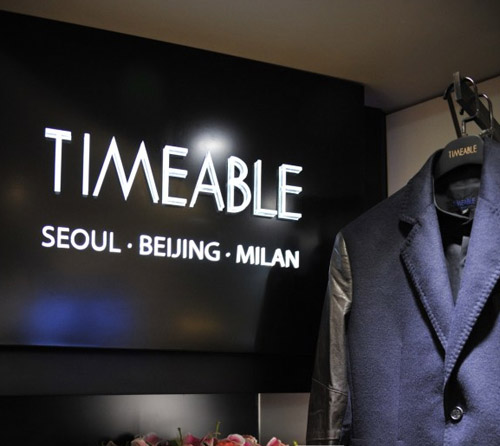 It is understood that TIMEABLE style comes from the European fashion elements and noble style, South Korea's tailoring and color, denim vitality and exploration spirit is the core, and then with the Chinese men's body and national temperament, formed a unique style of TIMEABLE.

TIMEABLE Operations Director Kong Sang was sent from South Korea. Before that, he had nearly 10 years of experience in clothing companies in South Korea. After coming to China 15 years ago, he also worked in the apparel industry.

Beijing Tianbao Garment Co., Ltd. TIMEABLE is a menswear brand originating from China. We have a professional production team, set up a global connection system, and set up fashion design studios in China, Korea and Italy to inject global popular elements into product development. The differentiated design meets the needs of consumers and builds the most fashionable men's wear in the country.

The outer shell  is created using a material that`s breathable, wind and water repllent yet lightweight. And it`s more than capable of withstanding extreme conditions that are found in such a harsh environment.