In today's pearl market, the craft beads are seamless, and it is hard to see a little flaw. In the tourist attractions such as Beihai and Hainan, some hawkers often hunt down tourists, and many ornaments that look like clear water pearls appear in the handicraft market. If the process beads are coated with plastic film, it is well identified. The two beads are straight and slippery, and the rounds are round and round, just like a mold, and a layer of skin is scraped off. Some of the craft beads with shells as the core and coated with paint are more difficult to identify. Some of them are even shaped like lathes with a variety of freshwater bead muscles. The same, it is a bit "true" over the head. So, how does the pearl ring distinguish between true and false? 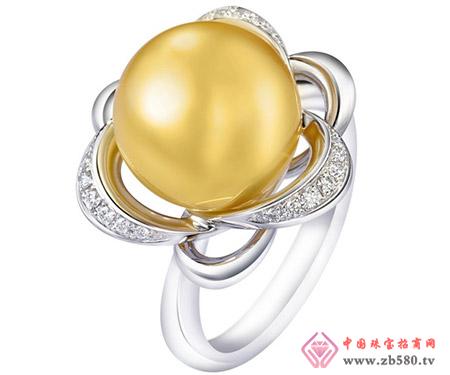 The fainting of pearls of different origins reflected from the surface or inner nacre is not the same.

As the saying goes, "the jewels of pearls" need to be combined with the taste of the real thing. The pearl light is mainly reflected from the inner fine structure layer of the pearl, and the special luster produced by the diffraction of light can avoid the direct light and observe under the dark light. This is similar to the observation of the growth lines and inclusions inside the gemstone under the dark vision gem microscope, reflecting that the thickness of the bead layer is particularly clear under low light illumination. The light reflected by the plastic is â€œthief brightâ€, and the process of using the paint coating is deceptive, and it must be carefully identified.

Observing the characteristics of the pearl surface

The surface of the pearl directly affects the aesthetics of the pearl, but there are few pearls without flaws. Each pearl has different flaws, which is exactly the birthmark of it different from other pearls. It provides a basis for the identification of authenticity. It appears as a defect or an annulus. When a foreign object invades between the nacre, a flaw will appear on the surface. Sometimes you need to look carefully with a 10x magnifying glass, and you will always find some loops.

The fake beads are greasy, the real beads are cool, and there is a cool feeling hanging on the neck.

Use a tooth test or two beads to grind

As mentioned above, the plastic beads slip on a pair of grinds, and the rubbing of the pearls along the peaks of the teeth will give a sense of sand. If it is a good bead, the sand feels particularly uniform and feels very good. This is because the nacre is formed. The crystals are arranged in an orderly manner, just like the roof panel, which is uneven and arranged neatly. The jargon is called a tile-like arrangement, so the friction will make people feel like sand.

When burning, the pseudo-beads appear flared, the black smoke color appears on the burning surface, the surface bead layer falls off, the black bead color is not seen on the burning surface of the real bead, and the surface layer is intact and does not fall off. As for the choice of pearls, it should be clear first that freshwater pearls and seawater pearls belong to two different grades of goods, just like jade and jadeite, which cannot be compared. For the same type of beads, the color, luster and thickness of the mother-of-pearl layer should be considered comprehensively. When choosing, consider the color, gloss, thickness of the mother-of-pearl layer, shape æ–‘ç‚¹ (spot) and other factors to make your own final choice. .